Why now is the best time to get involved in Bitcoin, intelligently (2021 Updated) 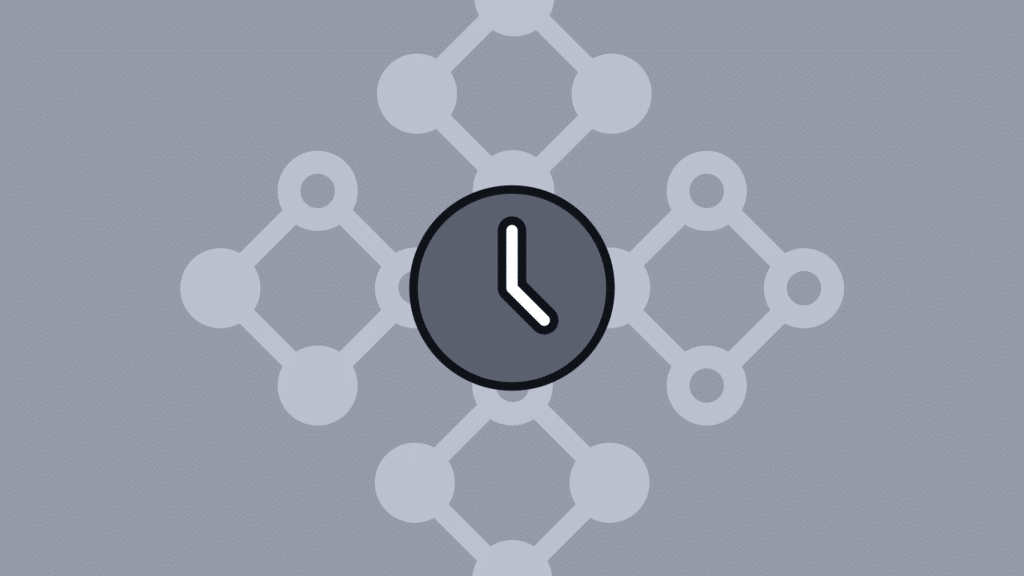 Why now is the best time to get involved in Bitcoin, intelligently (2021 Updated)

It’s been 10+ years, but Bitcoin’s still going strong. For some – the cryptocurrency is a novel transaction method either in a sanctioned market or otherwise. To others, it’s money in its most quintessential form: an asset more scarce and more easily transmitted than gold, whilst more divisible, portable, durable & functional than any fiat currency we’ve ever had.

The evolution of money

It’s the fabric that binds us. It enables us to cooperate both at scale and in greater degrees of complexity.

Money always exists, the only thing that changes is what we use as money; and that’s evolved over time.

As more people come to understand what money is, how it works, what it represents and what the primary attributes of money are, they want to ensure they are holding their wealth in a form of Money that has the best possible attributes as a store of value, a unit of account and as a medium of exchange.

It just so happens Bitcoin scores highest for all of these functions and across all of the necessary “attributes of money”.

If you’d like to learn more about the basics of money, how it evolved over time and why Bitcoin represents the apex money, the following articles discusses it in more depth:

Bitcoin is a “fixed supply” asset, meaning that there is a known and unchangeable total number of Bitcoin that will ever be in existence.

Why is Bitcoin rising so fast today?

Well, there is both a simple answer and a more complex answer to this question.

Simply speaking, the demand for holding Bitcoin is outstripping the total available supply. As demand increases, and the supply stays constant, the only parameters that can budge are what the buyer is willing to pay for it, and conversely, what the seller is willing to sell it for, in other words; the price.

So the simple answer really can be summed up with the following equation:

If demand is more than supply, then the price increases .

And this has been the story of Bitcoin since the beginning.

Every cycle, it grows by an order of magnitude (see figure 2 below).

Up over 100,000,000 % since inception, with a compounded ROI of more than 500% per annum, it’s showing no sign of slowing down, particularly when we find that barely a few percent of the world population actually hold any meaningful amount of Bitcoin.

So why is this happening? Well let’s look at the more in-depth answer to the question of “why is Bitcoin rising in price so fast?”

Firstly, we’ll need to define a few concepts. Once we do, we can better answer the core question;

Why is the demand for Bitcoin outstripping its supply?

Because that’s really the question we’re asking when we think about ‘why the price is rising so fast’?.

As noted earlier, the point where the buyer meets the seller is known as the “price”. This applies to anything from apples, to shoes to cars, houses and of course to Bitcoin.

Bitcoin (I’m speaking here about the Bitcoin token, not the Bitcoin network itself) is an organically priced instrument, meaning nobody “dictates” what the price should be. It’s converged upon as buyers meet sellers in marketplaces around the world agreeing to trade today’s dollars for Bitcoin, and vice-versa.

This price has fluctuated since day one, which is perfectly natural for anything we buy & sell, and more-so for a new phenomenon like Bitcoin because nobody really knows how to accurately value a form of money that’s immune to confiscation, censorship and inflation.

And this is perfectly fine, because in free markets, we all individually and subjectively discover its value for ourselves. In time we converge on a broadly accepted value which fluctuates less because it has a larger total mass.

Gold is a great example. It took roughly 5000 years to perform this process and to this day it’s still something that despite its use over millennia, is and will remain subjectively valued.

How is the Bitcoin price rising, didn’t Bitcoin die?

Since then we’ve seen Bitcoin grow in waves, from practically $0 to $1, then to $13, only to come back to the low single digits. It took some time for initial markets to emerge and for Bitcoin’s raison d’etre to be noticed by more people (a trend that continues today).

We saw this growing adoption of a new “global money of the internet” drive the price to approximately $130, in what some would claim was the first “Bitcoin bubble”, only to once again correct and retrace to the lower double digits.

The next “cycle” saw it grow to over $1300 per Bitcoin, only to have buyers panic & sellers take profit, sending the price back to the mid $200’s.

Again, everyone who didn’t take the time to understand bitcoin, nor monetary history, claimed that “Bitcon is dead”:

From Bitcoin Obituaries; a brilliant site chronicling all the times Bitcoin has been announced “dead”.

Barely 4yrs after what many called “the end of Bitcoin (again)”, we saw buyers and sellers subjectively but collectively drive the price to almost $20,000 USD; the highest a bitcoin has been worth, to date.

This was 2017, and is the first time, although certainly not the last, that Bitcoin really entered the ‘mainstream’.

Of course, this cycle saw the so-called “Bitcoin bubble” pop once again, and like clockwork, the naysayers came out to hurl abuse at something they continually fail to understand.

Let’s apply some logic alongside what we’ve learned above.

All markets are cyclical, and nothing in the world moves in a straight line. Remember that price is simply a representation of the point at which a buyer and seller are willing to meet & trade a good.

There were droves of people in 2017 who took no time to understand why they were buying Bitcoin, except that their cousin’s cousin’s friend’s mum said it’s a good idea.

Not the best advice to make any form of financial decision from.

So of course, these same people ‘FOMO’d in’ on the way up as they and then continued to freak out when the price pulled back and they sold on the way down at a loss.

Despite how crazy it may seem from the outside, this is perfectly normal herd behaviour and is exacerbated in the Bitcoin market because it’s so young (it was barely a decade old at that point).

And moreover, this is all a part of bitcoin’s natural evolution. It has to come into being somehow, and that will not happen by some “executive order”, but through natural emergence in the market.

Growth naturally comes with volatility, and therein lies the opportunity.

Stability will certainly come as Bitcoin’s total market capitalization increases, but the trade-off is the opportunity cost of acquiring some now (cheaply) before the rest of the world catches up and demands to hold their share of the most powerful money & store of value that exists.

Think of it like discovering Gold while the rest of the world was still using shells, rocks & salt as money.

You would’ve likely been seen as a crazy person to begin with, but if you were able to somehow live a few thousand years and watch the world converge on Gold as a way to best represent the product of their labour, you would’ve been rewarded for your early find.

This is where we are now with Bitcoin, but in a digital, interconnected age where millennia of historic change occurs in decades.

Where can you learn more and easily get involved?

Bitcoin is a fundamental step change in how money works. To quote Peter Thiel; it’s a Zero to One innovation.

The demand to hold this kind of money will only continue to grow, whilst the supply stays strictly fixed.

As at time of writing this (November 2020), the current price of Bitcoin is almost $17,000 USD again, which is just shy of $24,000 Australian dollars. Barely 3yrs since the peak of the last cycle, here we are again, about to cross the previous high and as a herd begin to drive Bitcoin to a new high.

What will Bitcoin be worth by 2025? It’s anybody’s guess.

I personally believe it will be far in excess of what it is today.

At least 10x today’s price, and most likely gearing up for the next cycle and on it’s way to the big $1m USD per Bitcoin milestone, which would price each satoshi at 1c.

We are still so early. The right time to bitcoin is always today, and the only time it was more right was yesterday.

If you’re living in Australia and want to know how to buy Bitcoin in Australia, we’ve got ample resources in our learning hub. Be sure to read our free Guide to Investing in Bitcoin. Despite being a 2019 edition, it’s as relevant now as it was then – and probably more so. Also, you can check out our 7-step beginner’s guide to buying Bitcoin in Australia – written in 2021.

If you’re ready to get started and want to know where to buy Bitcoin, we truly believe that we’ve built the best Bitcoin accumulation product in the world – and if you’re in Australia, that means you’re one of the lucky ones that can use it.

It’s designed for you to set & forget, whilst you accumulate the world’s fastest growing asset and scarcest money.

An entrepreneur, writer, speaker and researcher focused on philosophy, economics and entrepreneurialism, Aleks has founded a number of companies over the past decade, and since 2016 has focused his energy on ONE thing; Bitcoin. Amber is the entrepreneurial expression of this passion. 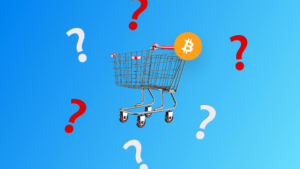 If you’re new to Bitcoin, you may be wondering how much you need to get started. The good news is, it doesn’t have to break the bank. 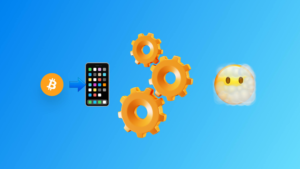 Learn how to automate your Bitcoin accumulation with Dollar Cost Averaging and the idea of stacking Sats. 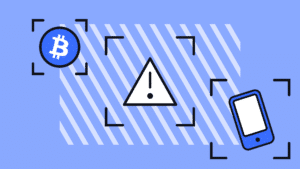 Bitcoin Risks And How To Mitigate Them With Amber

With this revolutionary new asset also comes new concepts, considerations and risks around how to approach owning it.
View all Resources