Abridged from an original article on Refonomy

There’s a lot of bad information on “crypto Twitter”.

One particular meme spreading at the moment, courtesy of Bankless, is “Eth is Ultra Sound Money”. Ethereum creator Vitalik Buterin even weighed in positively after listening to the Bankless podcast with Justin Drake from which the meme was birthed.

Sadly, they’ve all got it wrong.

A large chunk of Drake’s argument rests on Ethereum’s upcoming transition to Proof-of-Stake (PoS) consensus. PoS is genuinely no different from central banking. Bitcoin shows us that the central banking system is utterly morally bankrupt and fraudulent, and PoS runs contrary to this very ethos: it keeps power over the chain in the hands of those with the most wealth and introduces a “democratic” governance structure that allows institutions to retain control over monetary policy.

This is fallacious in the same manner as communism: communists seek to maintain the exact same concentration of power that exists in an oligopoly and simply reallocate that power into the hands of a different group of people (i.e. ‘workers’), in the vain hope that this new group’s human nature won’t be corrupted by that power in the same way as their predecessors. Proof-of-Work succeeds fundamentally because it is pessimistic about human nature: it knows that we are prone to corruption, greed, and stupidity, and takes the vital task of monetary policy out of our filthy, immoral hands for good.

It is important to recognise that value is a non-monetary concept represented in monetary terms.

Everything we do is a value judgement:

This means that we need something reliable and stable to store our value judgements; to store the aggregate of all historical human decisions. The degradation of value caused by fiat inflation has, I would argue, caused us to dissociate from our core value suppositions. We no longer know the value of anything. The monopolisation of value by fiat money and the depravity induced by inflation have caused us to lose touch with what we actually value. This has led us to a society where instant gratification, excessive indebtedness, and entitlement run rampant, and where selfishness and untruthfulness dominate.

Bitcoiners are the antithesis of this. Bitcoiners are unselfish, responsible, forthright, humble, truthful, physically healthy, and often spiritually inclined.

Disclaimer: Amber is not a financial adviser. You should consider seeking independent legal, financial, taxation or other advice to check how information on our website, in emails we send or in our app relates to your unique circumstances. Amber is not liable for any loss caused, whether due to negligence or otherwise arising from the use of, or reliance on, the information provided directly or indirectly, by use of our website, our emails or our app. 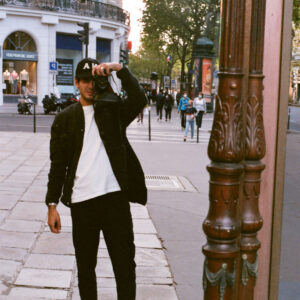 Learning about Bitcoin allowed Joe to quit his job and "buy his time back". He wants to educate people on Bitcoin so they can get their time back too.
Culture · 10 min read

Feeling the Burn: How the Perth Heat moved to a Bitcoin standard.

Australian Baseball League, the Perth Heat became the first professional sporting club in the world to operate on a Bitcoin standard. The club now uses the Lightning Network to make Bitcoin payments to players, staff and suppliers and take payments…
Culture · 9 min read

Here are the best Bitcoin Conference talks, that you should set some time aside for. Find one you like, find one you wouldn’t normally listen to and pick a random one, and you’ll be all set.
Money · 7 min read

Could Bitcoin make banks irrelevant? Of course, it depends on how the world’s economic and financial systems develop over the coming years… Those who don’t change their offerings and business models — could become irrelevant.
View all Resources
Amber. The easiest way to invest in Bitcoin
App Store
Google Play
Twitter Instagram Facebook
Product
Menu
Compare
Menu
Learn
Menu
Support
Menu

Start investing from as little as $5 a month.