If Central Bank Digital Currencies – CBDCs for short – are the future, like the IMF claims, then you should be worried.

You will own nothing and be happy. CBDCs are the end of the road for freedom.

Bitcoiners realised this long ago, and have written a mountain of articles on CBDCs. Some have adopted the term contrapliant which means to be actively non-compliant. A mindset that will be vital for people today, since it may be too late tomorrow. CBDCs are coming, it’s only a matter of time.

Currently, it is the perfect storm for central banks around the world. Fear in the markets, soaring inflation and hints of a recession have made the global financial system a mess. Which gives the central banks a golden opportunity to play the guilt card.

“The current system didn’t work. Sorry. So we need to erase everything, all the debt we created. But don’t worry we built this new system which is way better than the old one. A CBDC standard.”

In a sense, forcing people to comply with a new financial system, making CBDCs a crisis recovery tool. If you want to be a citizen, sign up for the CBDC.

Many may think this is a step forward – it is one, but in the wrong direction. It’s a step towards an Orwellian future. Your money will still be run by the same people in the same corporations, except they will be able to manipulate the rules even more.

You lose more control over your savings (your hard work).

Central Bank Digital Currencies have been discussed for many years in the United States. Only last week – head of the Federal Reserve, Jerome Powell – discussed CBDCs. He outlined the four characteristics that were a must for the FED’s “potential” digital currency:

All of which seem like valid characteristics of a money, on the surface. Except, when you deep dive into money you realise there are more important characteristics.

Powell mentioned how a CBDC had to balance “privacy protection with identity verification”, something that is a common theme in our daily lives. How do we balance privacy, safety and identity?

Governments have increasingly shunned privacy for safety. CBDCs will be no different. They will not be anonymous.

At the sacrifice of your identity, the FED will have an easier time tracing money. But does this power come with a cost?

The Federal Reserve back in January 2022, produced, Money and Payments: The U.S.Dollar in the Age of Digital Transformation, a document which showcased CBDCs. Within this document, they highlighted the benefits of CBDCs:

Do these seem valid to you? Improvements to cross-border payments is definitely important, but Bitcoin solves this. Are the other benefits, issues you’ve been having with your money?

The same document only raised three risks of a CBDC:

Even Bloomberg realised that CBDCs could be an expensive failure. The humorous thing about these risks are that they risks to the FED, not necessarily the individual. Are they really thinking from the public’s perspective?

Is this an everywhere thing?

Despite this overwhelming push for CBDCs, some politicians do not support the digital currencies. If politicians don’t support CBDCs, that should be a warning sign to everyone in the public.

The Reverse Bank of Australia announced that by the middle of next year, 2023, they would be ready to unveil the “eAUD”. This will go hand in hand with the digital identification system, that the government wants to push forward in wake of the Optus hacks.

China seems to the poster-boy for digital currencies. Everyone loves to talk about their social credit score system. However, the digital Yuan is a step above. It has only been lightly covered in the news. There are whispers that the digital Yuan may have an expiry date.

Which would force people to spend their money in order to soothe the economy. Saving will be a thing of the past – every Keynesian economists dream. We already have inflation that makes your money worth less every year, but now you need to spend it. Or lose it – your choice.

Hence, why some people say CBDCs should never come into fruition. The government will have more control on the money, the lifeblood of society, than ever before.

This current system of money is broken and it has been since the world left the gold standard back in 1971. Slowly, the fiat money system is crumbling around us. The cracks are appearing.

Your savings are being inflated away because of decisions from other people. How do you not know in the future that your money won’t be completely cut off from you, when it becomes digital? Maybe if you have a mere disagreement with the government or don’t comply with social rules.

Bitcoin takes the rules away from the rulers. It puts the power back into the people’s hands. A form of money that is uncontrollable.

Bitcoin is the digital money we need. Bitcoin is new. Bitcoin is better. Why? Because it doesn’t have ever-changing rules; it won’t inflate away from you, it doesn’t require identification and the government can’t freeze your funds.

Everything the government can do with a CBDC.

With serious fear in the global financial markets about a collapse where does one turn?

The lines of code that exists outside the government’s control. Bitcoin is insurance so doesn’t it make sense to have a least a little bit? 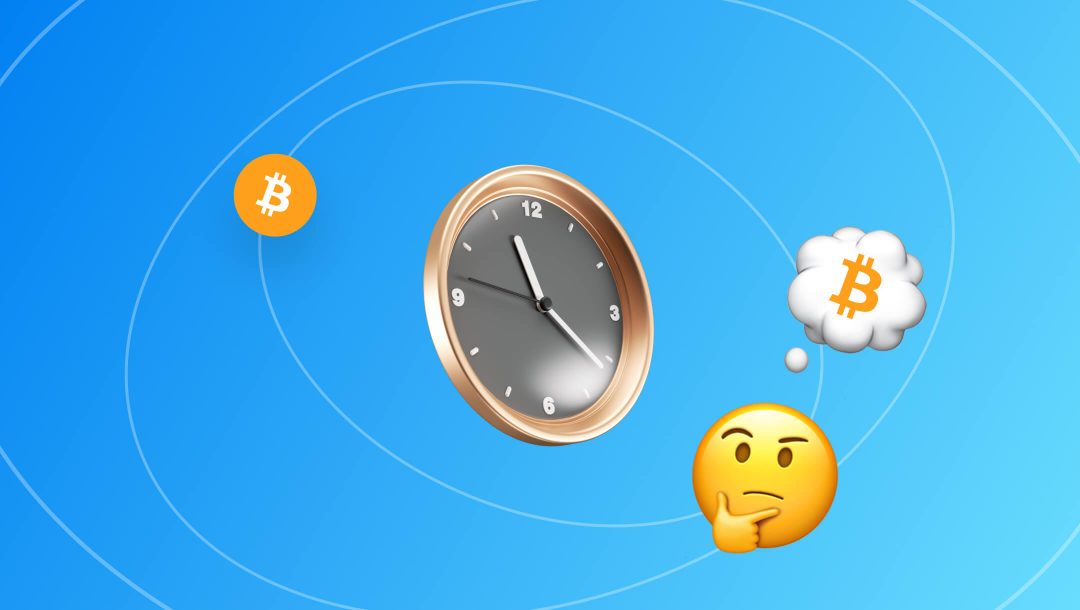 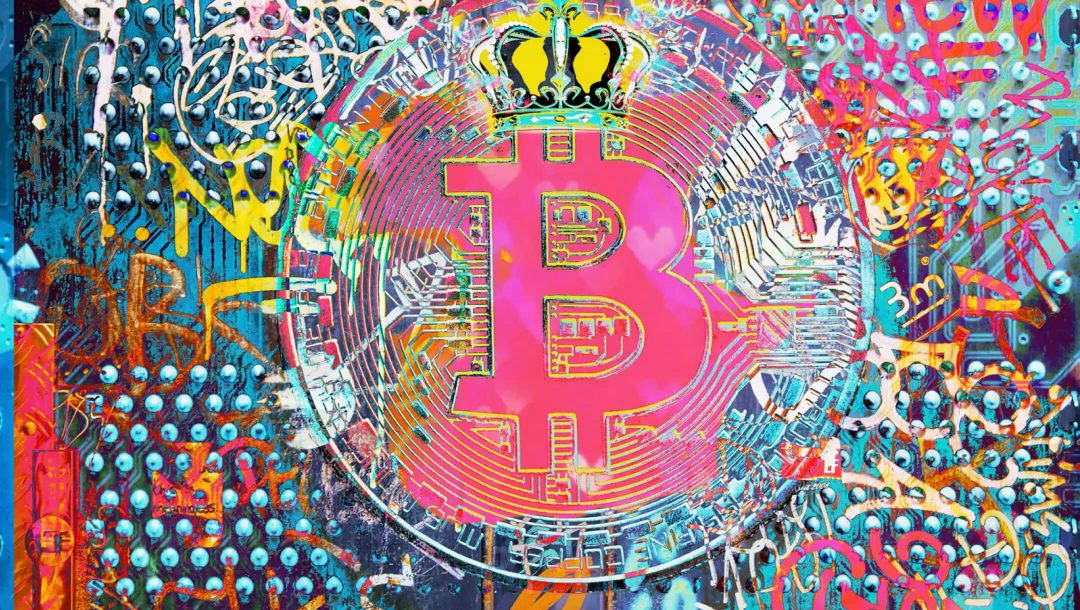 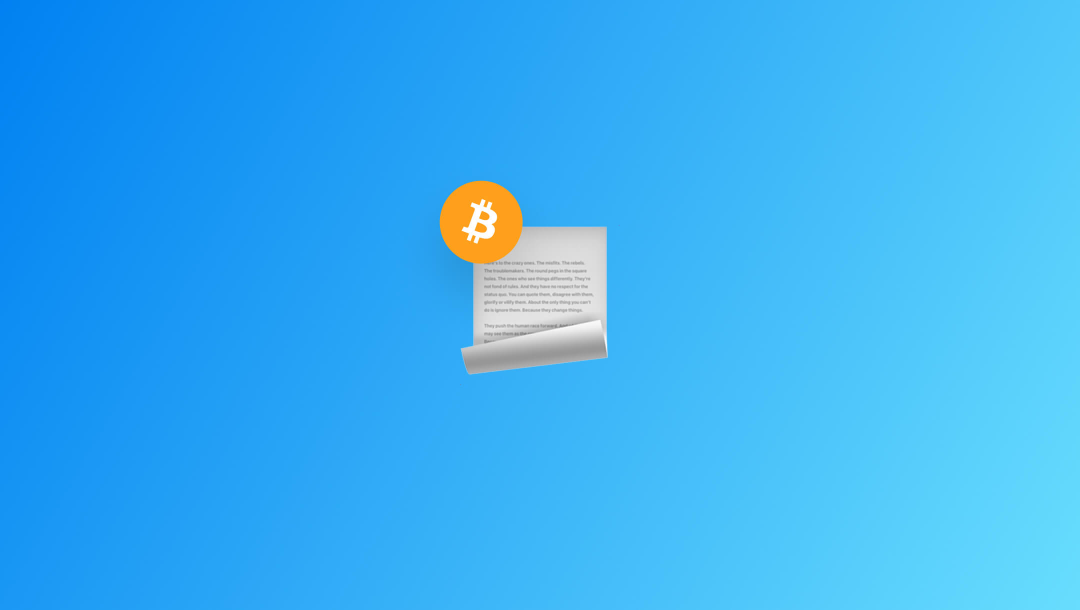 When is Good Time to Buy Bitcoin?