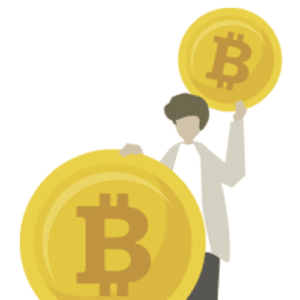 This is a question, impossible to fully answer on one page, especially because Bitcoin is so many things to so many people. But – we will attempt the impossible via a high level overview…

Bitcoin is an unstoppable money and payments network.

Historically, it’s been employed by everyone from billionaires in Silicon Valley to entrepreneurs in Africa, from shady dealers on the dark net to speculators trading at home, and from colossal Wall Street hedge funds through to people fleeing hyperinflation.

The Bitcoin protocol is software that allows people to use a common database of transactions, with no middleman or administrators having to oversee its coordination. The payment network is made up of nodes that download groups of transactions (blocks) from the wider network of peer nodes. Each node independently verifies that the all the transaction details and data they’ve been given is accurate.

Node: A node is a computer that runs the Bitcoin software, and allows the owner to validate their own transactions, and gives them an up-to-date view of the network.

Nodes are free to join this permission-less network and each one connects to several others. This which makes the network highly-resilient, as one or more nodes going offline or relaying incorrect information will have no impact on the broader ecosystem.

Anyone is free to use this system to transact value – there’s no entry fee, no one to ask permission from, and no one to stop you from transacting.

What does all this mean?

It means Bitcoin is a reinvention of the social technology we all know as “money”.

A money that is digital, open access, open source, always on, peer to peer (like cash, but digital), transparent & owned by the people.

It’s a complete re-imagination of money, for the digital age, based on core foundational principles that we’ll explore throughout this guide.