Like Bitcoin… “Christmas waves a magic wand over this world, and behold, everything is softer and more beautiful.” – Norman Vincent Peale, on Bitcoin.

It’s nearly Christmas! For Bitcoiners, that can mean only one of two things… Open-minded questions or misguided accusations from uncle Marty, aunt Laura, and/or cousin Charlie about your favourite subject, Bitcoin. It’s entirely possible you’ve been (lightly) shilling them about the virtues of Bitcoin all year long, trying to describe the benefits of saving in this magical internet money based on immutable math and code, but, so far your words have fallen on deaf ears. Well, if a Bitcoin bull-run, running right through the middle of Christmas isn’t the right time to try to describe the brilliance of Bitcoin with family and friends, then Metcalfe’s Law is a lie.

Almost all Bitcoiners know just how much of a struggle it is to describe Bitcoin – simply and concisely – to pre-coiners, new-coiners, and that one cousin who still reckons NFT’s (non-fungible-tokens), dog tokens, and even bigger blocksizes are gonna make it (they’re not, by the way). It’s easy to sound crazy when talking about Bitcoin – it’s a complex topic, let’s face it – and it’s not too difficult to scare people off when discussing things like hard vs soft money, inflation, scarcity, liberty, immutability, networks, protocols and the like…

Remember how strange it was to first fall down the Bitcoin rabbit hole? Far better to be nudged than shoved…

This is why we’ve put together a concise guide for you to keep handy throughout the Christmas holidays. A simple gift, from Amber to you, to help you fight the good fight and highlight the most crucial key points you should be hitting whenever you find yourself (lightly) shilling the benefits and virtues of Bitcoin to friends and family, this Christmas. 🎄

With presents unwrapped and having just sat through at least half an hour of awkward conversation about boosters, you sense your first chance to shill: “Hey, so do you know what else keeps going up?” “No, what?” your family asks.

NGU is a term, first popularised by Saifedean Ammous (author of The Bitcoin Standard – a book everybody on Earth should read) on the Stephan Livera Podcast (SLP147). It refers to Bitcoin’s limited and highly scarce supply of 21 million coins, combined with the genius of the difficulty adjustment. Together, these two unique features of the protocol set Bitcoin apart from any other cryptocurrency, or canine token, and ensure that the network continues to fortify itself as an incredible store of value over time and space.

“The root problem with conventional currency is all the trust that’s required to make it work. The central bank must be trusted not to debase the currency, but the history of fiat currencies is full of breaches of that trust.” – Satoshi Nakamoto

Drinks have been flowing for a while and you’ve got uncle Marty hooked on the thought of NGU tech going up forever. “Yeah,” he begins to ask, “but, what is it?”

Bitcoin is magic internet money that keeps governments, banks, and other nefarious institutional intermediaries honest, truthful and transparent, and – best of all – it stops them from debasing their shitty fiat money. Governments can’t help themselves but to debase the value of their shitty fiat money by printing billions, if not trillions of it in order to somehow “save the economy”. Ask uncle Marty if he knows why he hasn’t had a real wage increase in over a decade or more. Then ask aunt Laura if she’s aware of the reasons for the hollowing out of the middle class, or the increasing polarization between certain social classes within society globally over the last couple of years. Well, it’s the shitty fiat money, Marty. It’s broken, busted and corrupt, Laura. Tell them to Google the Cantillon Effect, if they don’t believe you.

Bitcoin is a scarce, decentralised digital currency, without a government, central bank, CEO, or any other single administrator. It operates as a distributed peer-to-peer network where users can send and receive money (value) without the need for intermediaries. It’s a protocol – similar to the Internet Protocol (IP) or Transmission Control Protocol (TCP) that you’re using to read this right now – but for money. Pretty cool, huh? 🎄

“By a continuing process of inflation, a government can confiscate, secretly and unobserved, an important part of the wealth of their citizens.” – John Maynard Keynes

Christmas lunch is almost run and done. Only a few slices of ham and less than a handful of cherries remain. Talk now turns to how the price of everything under the tree seems to have become more expensive this year.

In the US, the PNC Christmas Price Index reports that the price of items in a full verse of the Christmas carol, the ‘12 Days of Christmas’, has increased by 5.7%; the largest rise in prices in eight years. Get this, a lone partridge in a pear tree is up 6%, while two turtle doves will fleece you double (up 50%) what you paid for them in 2019.

While your no-and-pre-coiner family and friends are trying to HFSP as they attempt to figure out why there aren’t as many presents under the tree this year, you, a bullish Bitcoiner, knows exactly why: Their money is worth less and therefore it buys at least 6% less this year than it did last year, thanks to the covert theft of inflation stemming from rampant money printing, easy credit creation, and global supply chains that have become more stuffed than Santa’s belly. 🎄

4. The Government Will Ban It

“Next week I will send to congress a bill that will make Bitcoin a legal tender.” – Nayib Bukele, President of El Salvador

A few drinks later and aunt Laura is beginning to come round to the idea of Bitcoin. That is until a spontaneous mental roll of the FUD dice has her blurting out this old chestnut: “Ah… the government will never allow it! They’ll ban it!” she cries.

Both India and China have tried to ban Bitcoin a number of times over the years. China actually did so, earlier this year. This is a good thing. The ban reduces their ability to influence the network. Plus, it decreases Bitcoins’ aggregate carbon footprint by reducing the use of coal powered energy to power the miners. Thanks to the wonders of the difficulty adjustment the network kept on keeping on, unaffected (tick-tock, next block). Most Chinese miners simply sold or moved their equipment elsewhere, say to the U.S. And, a local ban merely incentivises users to find sly, roundabout ways to access and transact on the network regardless, through the use of things like a VPN.

Meanwhile, just as China was banning Bitcoin (lol) an entire country called El Salvador, adopted Bitcoin as their monetary technology of choice (operating alongside the U.S. dollar). What’s more, U.S. states like Wyoming, Kentucky, and Texas have all recently passed laws to encourage Bitcoin mining and HODLing. And, Australia will do so soon. It’s difficult to ban a decentralised network, like Bitcoin, with nodes running all across the globe. So, sorry to say so, aunt Laura, but – try as they might – “the government” cannot ban Bitcoin. 🎄

5. Bitcoin is Too Expensive – Why Not ‘Woof’ Coin?

“In retrospect, it was inevitable.” – Elon Musk

You sense the orange pill has been all but swallowed by uncle Marty and aunt Laura. “Bitcoin is too expensive, it’s like… $70,000 per coin, or something,” says cousin Charlie. “No one can afford that.”

Beware the cognitive curse of unit bias: The concept that buyers are more enticed to buy a whole ​unit​ of something, instead of a fractional quantity. This is the sole reason why your cousin Charlie has filled his bags with shit-coins, NFTs and tokens, like Dogecoin, Cardano, CumRocket, and Shiba Inu. It is also the sole reason why, once more and more sovereign countries, states, and individuals inevitably adopt a Bitcoin standard, he will eventually and inevitably get rekt. Remind Charlie that sats are the standard and that he can buy a fraction of a Bitcoin with as little as $5. And that relatively tiny fraction of a Bitcoin will one day be worth more than any dog coin, cat coin, Musk coin, or rocket coin ever will.

Why? Because in fiat terms, they’re all trending to zero. Why? Because Bitcoin has the strongest protocol network effect for digitally scarce, sound money, and that’s why people will keep buying it every day, every week, every month, and every year  – even just a little bit each time. Why? Because NGU, obviously. 🎄

If seeing less gifts under the tree, serving and eating more expensive (but less quality) food on the table, and these five concise points about the virtues and benefits of Bitcoin don’t convince your no-and-pre-coiner friends and family to get off zero by the end of Christmas day, then you have obviously shilled way too lightly on the first go round. Read this again; memorise it; think about it; make it your own, and increase the shill to a slightly stronger weight setting. If all else fails, give yourself the gift of Bitcoin by stacking their share of sats that they would have stacked had they listened to you in the first place.

Merry Christmas from the team at Amber! 🎄 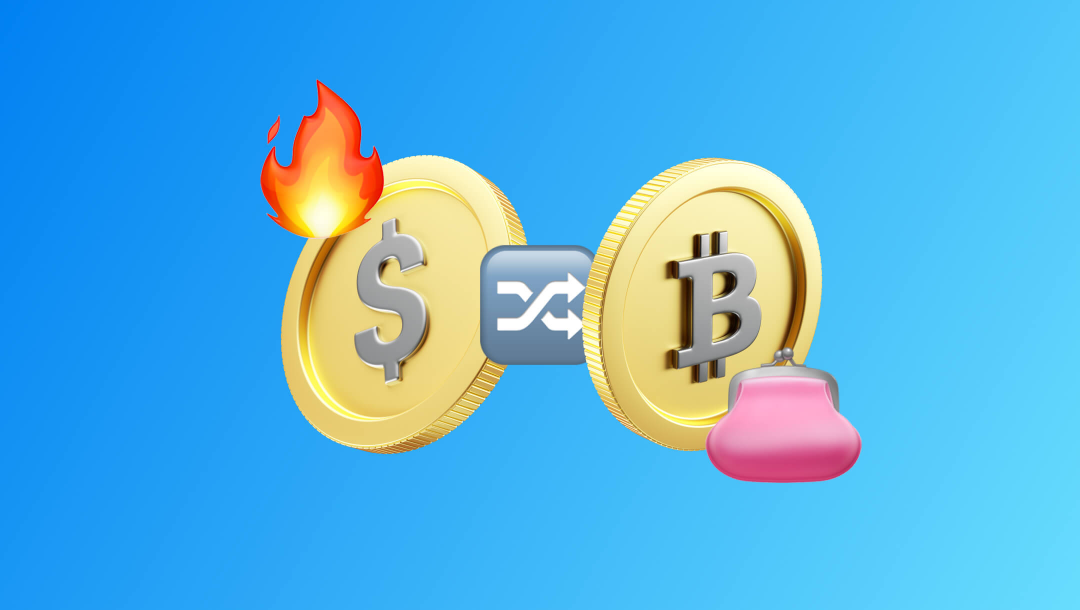 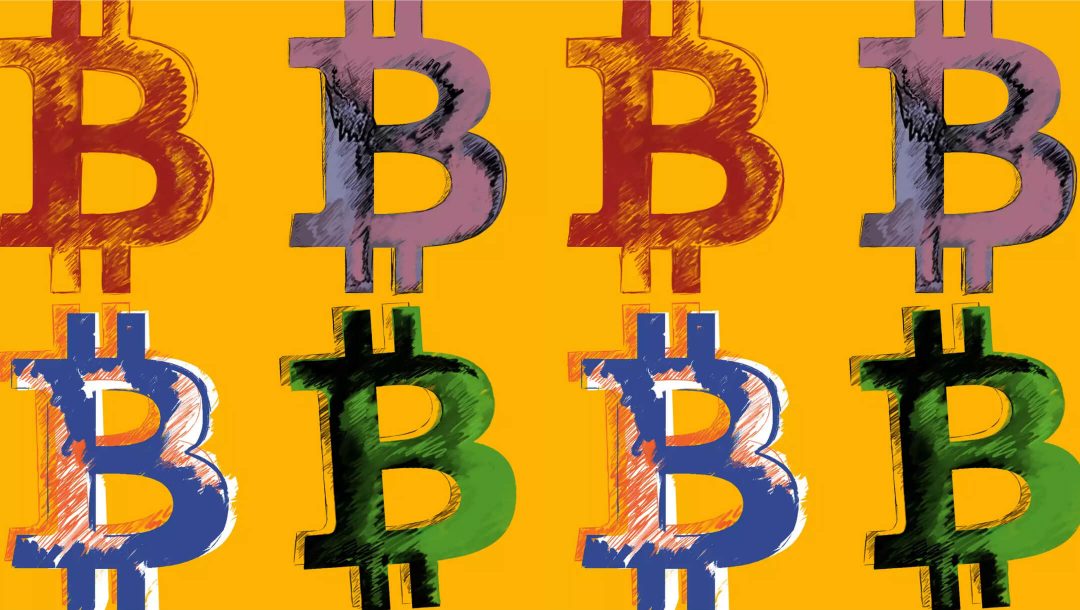