Chances are, if you’re reading this you might be saying to yourself, “I want to invest in crypto, but I don’t know where to begin”.

You may have heard of Bitcoin and any number of other cryptocurrencies, but don’t know the difference between them. Don’t worry, you are not alone. In this article we’ll aim to lay out what Bitcoin is, and the similarities and differences between it and other crypto-assets.

Note: cryptocurrencies, crypto-assets, alt-coins are all synonyms for the purposes of this article. Token and coin are synonyms also.

Finding Truth in the Mania

Today’s current crypto-asset markets are awash with frothy speculation. Meme-coins, like Doge Coin and Shiba-Inu, which started off as a joke and a joke of a joke, have distracted  the imagination of many and leaped  into the social-media spotlight. One-off tokens are popping up left and right in an effort to jump  on a trend, oftentimes leaving investors bewildered and broke after wild pumps and dumps. Read the Squid Game coin story for an example of countless other events that have continued to arise.

Unfortunately, many new investors get caught up in the mania, thinking that they’ll get lucky and get in early before the rise of another alt-coin, with easy riches being the reward. In most cases the window for opportunity to catch the wave and enter and exit the market at the precise time is akin to winning on a pokie (Australian slang) or a slot machine. Like traditional casinos, the alt-coin casino doesn’t care if you lose all your money. Large exchanges that list these meme-coins and tokens also don’t care if you get wrecked – they make money either way off selling these alts and charging trading fees.

Underneath all the speculation, however, there is real change happening.

If this mania is telling us anything, it’s that people are looking to risk a significant portion of their money because the money they hold isn’t doing it’s job.

Bitcoin is the world’s first globally-distributed digital money. It is not controlled by any single human, government or entity and has a set distribution schedule with a fixed supply cap of 21 million Bitcoins. Each Bitcoin can be divided into 100,000,000 Satoshis (or sats, for short). Bitcoin’s rules are enforced by individual node operators located all around the world, who voluntarily download the entire history of the Bitcoin blockchain and validate incoming transactions provided they adhere to the rules of the network. These days, you can run a node for less than $300. Anyone can validate the Bitcoin blockchain and prove that the value exists.

Bitcoin is issued or “mined” by machines that compete against one another to solve an ultra-hard math problem, roughly every ten minutes or so. When the problem is solved, Bitcoin is awarded to the winning miner. This is the way that new Bitcoins are created. It’s a process that is completely predictable and transparent to all.

The whole idea and implementation of a fixed-supply asset such as Bitcoin is a stark divergence from our modern inflationary fiat money regime. By now, Bitcoin has grown into a truly global monetary system, with participants in all corners of the world coming from all walks of life. Pretty much anyone with access to an internet connection can buy or receive Bitcoin and share in this new immutable ‘savings technology’.

The Birth of Alt-Coins

Bitcoin has brought new optimism to many people who believe that value can be saved and transferred in new ways. Not long after Bitcoin’s genesis many other coins and tokens sprouted up in its wake. Since then, many enterprising individuals and teams of engineers, often backed by deep-pocketed investors, have sought to capitalize on the initial promise of Bitcoin.

The story is almost always the same:

“Our token is programmable! It can be transacted faster, with less fees! It isn’t as expensive as Bitcon to acquire!”

For projects to achieve these claims, tradeoffs must be made. Faster transaction speed and programmability often means increased centralization over the databases that run the code. With these trade offs, gone is the decentralization inherent to Bitcoin. Once again you are back to a world where a small number of people have control over the issuance and rules set of an asset.

The vast majority of these projects allocate part of the token supply in a “pre-mine” to the founding teams, early investors and early community advocates. Below is an info-graphic displaying the token allocations for 15 of the top cryptocurrencies today.

A pre-mine is completely contrary to how Bitcoin was launched. From the very beginning, anyone who wanted to use their personal computer to run the code, could mine Bitcoin and receive the subsequent reward. This is still the way Bitcoin works today, except on an increasingly larger and more global scale.

As the graphic above highlights, many other alt-coins and tokens have set up foundations that make decisions on behalf of all holders. Marketing teams have been deployed, supported by vast amounts of money to promote these projects, which pay influencers to advertise the coin or token to their followers. Bitcoin has no centralized foundation or team behind it spending money to lobby it’s adoption. Bitcoin is 100% ground-up, grassroots growth.

As of today there are roughly 13,000 cryptocurrencies, with new ones being created out of thin air every day. At best, these projects are genuine attempts by people to build upon the foundational paradigm shift that Bitcoin set forth. At worst, they are outright scams, where retail investors are lured into investing, whereby the price pumps as a result, and then, either the funds are hacked and stolen, or early investors sell, dumping their bags on new and late entrants that sends the price crashing.

Besides this, most alt-coins are likely running afoul of US securities law. The SEC, which enforces US security regulation has commented as such and aims to further crack down as more and more value is added to the space.

What’s the Best Option for You?

Now is a good time to look at your goals for investing and ask yourself, what do you wish to accomplish by storing your wealth in something other than your local currency?

Bitcoin is by far the safest bet when it comes to investing in this new world of digital assets. We’re still so early, really early. Some people think Bitcoin is boring because it isn’t trying to ‘move fast and break things’ like many other projects are trying to do. In fact, Bitcoin is rapidly absorbing bad money from all over the world and converting it into pristine savings.

Those who choose to hold Bitcoin understand that while they may not see a yearly 10,000% gain on their investment, they get to rest easier knowing that their savings is backed by the most secure network, bolstered by one of the largest global network effects in the world. Over a long enough time period, and provided demand for Bitcoin continues to accelerate, the gains on your investment will undoubtedly leave you much wealthier than before, and you won’t need to gamble in the alt-coin-casino, wondering which token will pop off next and leave you hoping you chose right.

New alt-coins and tokens will continue to be launched to much fanfare, and many cycles of booms and busts within these nascent markets will no doubt continue. Choosing to invest in Bitcoin or any other crypto-asset will be a personal choice.

For serious long term wealth accumulation and preservation, Bitcoin must be considered.

Amber is here to help provide you access to simple Bitcoin accumulation, minus the noise of the broader crypto-market. Amber as well as a few other Bitcoin-only companies believe that Bitcoin is freedom money for all.

We believe that Bitcoin is the best money ever discovered. That it’s less a money to be speculated upon, and more about preserving your hard earned time, energy, and value in an asset that was intentionally engineered to preserve value for the long term.

Where to learn more about investing with Bitcoin?

Our Guide to Investing with Bitcoin and Bitcoin glossary are great places to start.
If you’re ready to dive in and start saving your money in the best money in the world, you can make your first Bitcoin purchase in under 90 seconds with Amber. 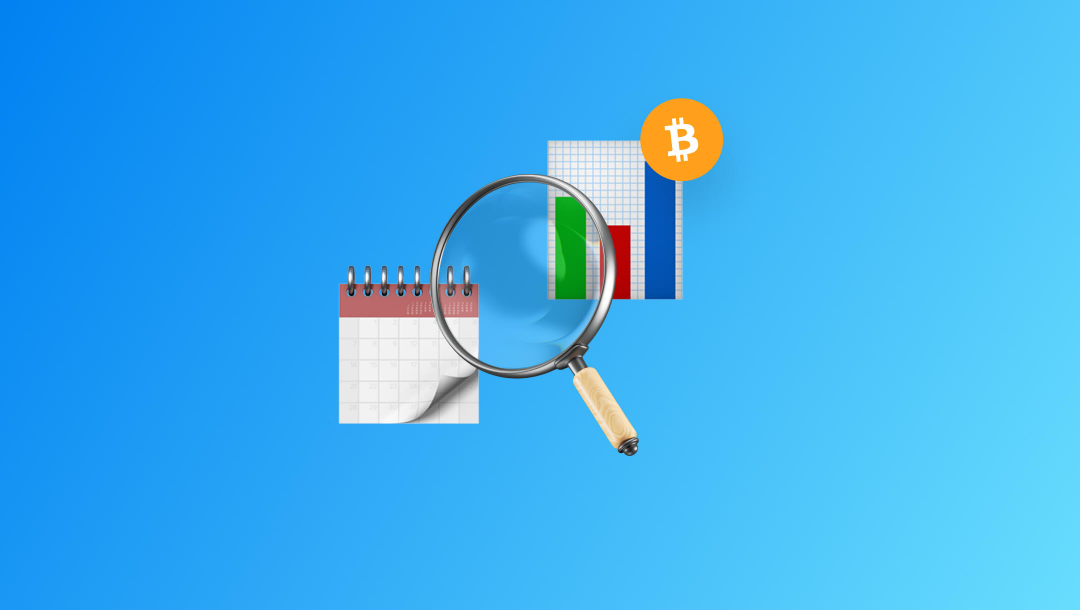 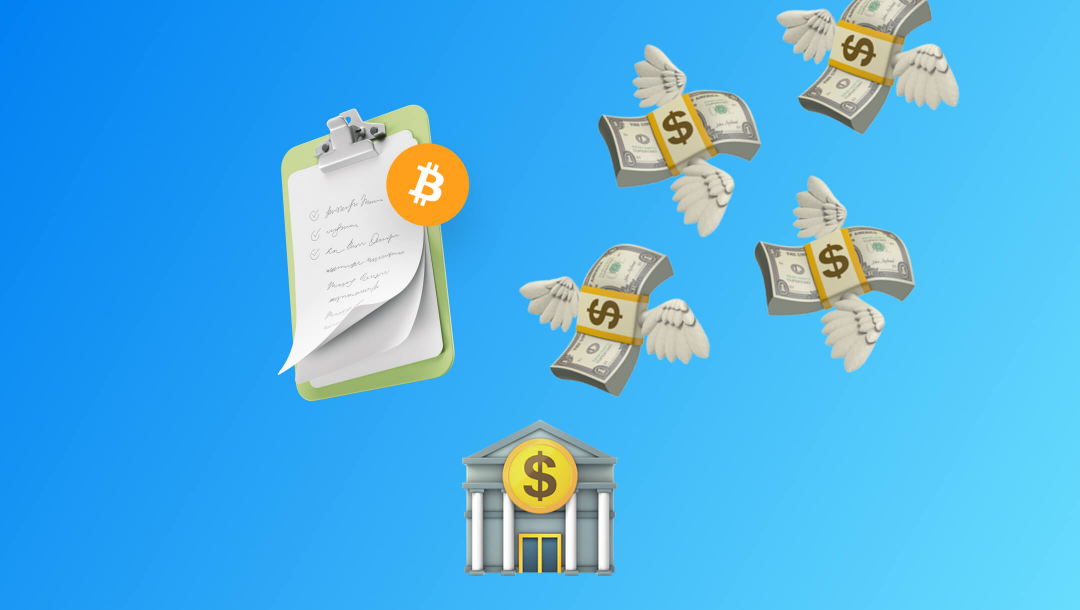