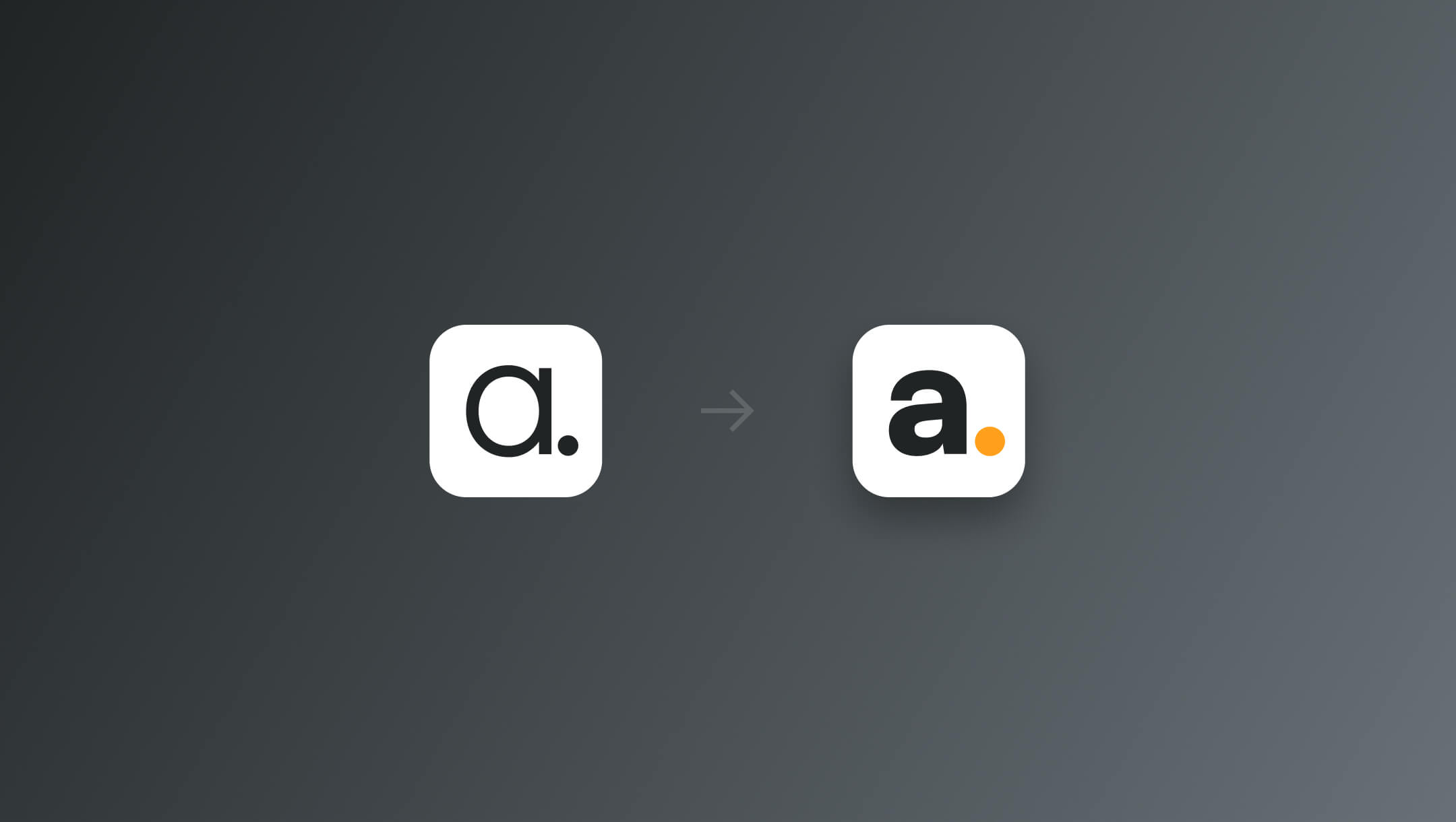 Redesigning a brand identity is no small feat. It’s often a battle between what’s right and what’s current—where the former is a little more challenging to visually articulate. As a brand, Amber is all in on Bitcoin but not everybody thinks the same way we do. So for us to get our identity right, leaning into the core tenets of Bitcoin itself was a major theme but appealing broadly was the real key. So the question then became how do we visualise this idea and not just say it?

Honestly, it didn’t happen overnight and maybe it’s our roots in atomic design but the new brand identity seemed to unfold bit by bit and the bigger macro picture formed itself from the many micro decisions along the way.

Why the new look?

Good question. But first, here is an obligatory long answer formulated from our about page:

“Amber has been making Bitcoin easy since 2017. Originally our founders tried to solve the “I just don’t know how to buy it” problem by converting spare change into Bitcoin. In 2019, we reinvented Amber, and joined the Dollar Cost Averaging movement, with the aim to help people “stack sats” on autopilot. Globally, Amber has grown to help 20,000+ users from all walks of life start their Bitcoin journey in the most sensible way possible. Looking back we’re proud of our product we’ve built and revel in seeing not only our customers, but the wider community make positive steps toward a better future!”

So, with that said, we reinvented Amber because the current look had been with us for close to 5 years. That’s a pretty solid effort for any brand identity. But we felt it was time to pull the “it’s not you, it’s me” card and look for a new brand identity that paid homage to where we had come from but positioned us for where we were headed.

From Charmander to Charizard

When we started dissecting the current brand we realised there were a lot of great elements already in place in terms of broad appeal. The type was modern, the palette was minimalistic, the imagery was emotive. We didn’t need to do a complete 360 and what we really needed was some seasoning to deepen the overall brand flavour and marry some of the visual ingredients together—a classic evolution not revolution moment. Amber had also expanded somewhat since its conception, which meant the identity system needed to be more robust and scalable. In the spirit of progress before perfection, we started with a new asset library which would give us legs into a Brand Guideline document to come further down the line.

This is why when you look on the surface of some of the new brand elements it will feel somewhat different but when you dig deeper you’ll start to find the familiar and pragmatic aspects that have always existed within Amber. We’ve taken those things and given them new life. Take the logo, for example. Its fundamental building blocks haven’t changed but the extra attention to detail and polish around the edges transforms the overall result—this idea and the below visual principles guided all our thinking.

Of course, we’d already started to play around and muse on a few things in a visual playground but before we committed to anything it was important to open the floor with the team. Gaining insight from within and gathering around some FigJam activities was the beginnings of nailing down guideposts to move forward with. Distilling the collective team’s thoughts and building on the current corporate values lead us to the below list of visual principles:

We wanted to include users from all walks of life. A brand that allowed us to be approachable for the new coiner and valuable to the Bitcoiner. We felt the above values were a good bedrock to start making design decisions upon.

When crafting the colour palette the primary objective was to further connect Amber with Bitcoin. We wanted to make it glaringly obvious that Amber is Bitcoin only. Again, we can say that but how do we show that from a design perspective. The Bitcoin brand identity system itself uses orange (#FF9900) as its primary tone. Traditionally, orange is the colour of creativity and blends the playfulness of yellow and the passion of red. However, it also tends to be a controversial colour. People tend to either love it or hate it—much like Bitcoin itself. Experimenting with our own kind of orange or ‘amber’ colour made sense for three reasons: 1) because of our name lol; 2) because it aligned us visually with Bitcoin; and 3) it meant moving away from the sea of blue traditionally used for tech/product marketing.

It was the Radix UI Color system that came up while exploring different palettes. This gave us an open source and proven accessible palette that we could draw from in marketing and eventually use in product. We pulled our new amber (#FFA01C) primary colour and an evolved blue (#0081F1) as our secondary colour from the respective Amber and Blue scales. The amber tone tends to be used for primary actions and drawing attention to elements while the blue is a nod to our past and used as more of a colour cast in the form of a sky like gradient. This gradient look is also a bit of another nod to the Unsplash epic mountain and sky imagery we heavily used in the past, another relic that helped inform our new direction.

Being believers in the power of Design Systems we decided from the get go to build an asset library of shapes that could be quickly pulled from to communicate a variety of themes at scale. When thinking about what the most highly adopted graphic system for mass communication is—emoji comes straight to mind! Riffing off this idea of a utility based system while always trying to make Bitcoin feel familiar or attainable for all audiences meant emojis really were a clear answer. Most of our design efforts are done in Figma, so we went searching for an existing 3D icon library in the Figma Community space and came across a set by Piqo Design. We consider these to be our primary visual assets and regularly use these 3D emojis to communicate concepts in our blog, social feed, product features and much more. These shapes are used singularly or together to form more complex compositions.

We want Bitcoin to be as accessible to as many people as possible, using a visual shape that feels unique but at the same time familiar is a big tick in the accessibility column. This is a subtle way we help Bitcoin as a concept feel friendly and playful to those who are new. The bonus with this particular library was the available dark alternatives used for our premium offering and a way we can keep consistency in brand style when we are talking to our more established or ‘pro’ Bitcoin audience.

When looking for a new brand typeface, we came across a typeface called Satoshi via Fontshare, an open source font library launched by the Indian Type Foundry (ITF) from Ahmedabad, India. We obviously fell in love with the Satoshi Nakamoto nod with the name but it was the geometrically-designed letterforms that spoke to us as bold but contemporary that sealed the deal. Moving to a typeface that had a double-storied lowercase ‘a’ also meant that our logo set would be more legible at smaller sizes. An issue we had with the current set was how the lowercase ‘a’ was rendered almost as a lowercase ‘o’ and wasn’t reinforcing the brand name in a visual or phonetic way. In the end, we love how the brand typeface nods to Bitcoin both in its name and as an open source typeface.

From a growth perspective we felt solid on our four persona types: The Saver, The Investor, The Freedom Fighter and The Maximalist. Each of these have their own inherent interests, emotional motivators and financial goals and we are on the journey of uniting them around bitcoin.

To help rally this idea we built the persona types as brand heroes instead of thinking of them as customers. Most people find bitcoin through the encouragement and guidance of someone else already down the rabbit hole. Our goal was to empower these heroes with clear content that didn’t shy away from presenting complex terms and concepts and that it didn’t “dumb things down”. We see sharing knowledge with our customers as core to them becoming confident in their investing abilities.

Having a clear mission and defined persona types really are the keys to crafting quality copy. Because of our desire to build an open and accessible product we decided to intentionally avoid using buzzwords or industry jargon and if we do need to use them, then we explain them clearly. We write with an active voice using short, concise language that is clear, relevant and accessible. This style of writing came really naturally once we doubled down on the mission is to make Bitcoin accessible for everyone.

Honestly, we worked in Figma for every aspect of the brand refresh and it was a bit of a joy. If you’re not using Figma for design systems or general graphic design or even just for life then you must have missed the memo—things have changed brah!

See the reinvented brand over on our all-new homepage and check out our Instagram and Twitter feed for more visual candy. 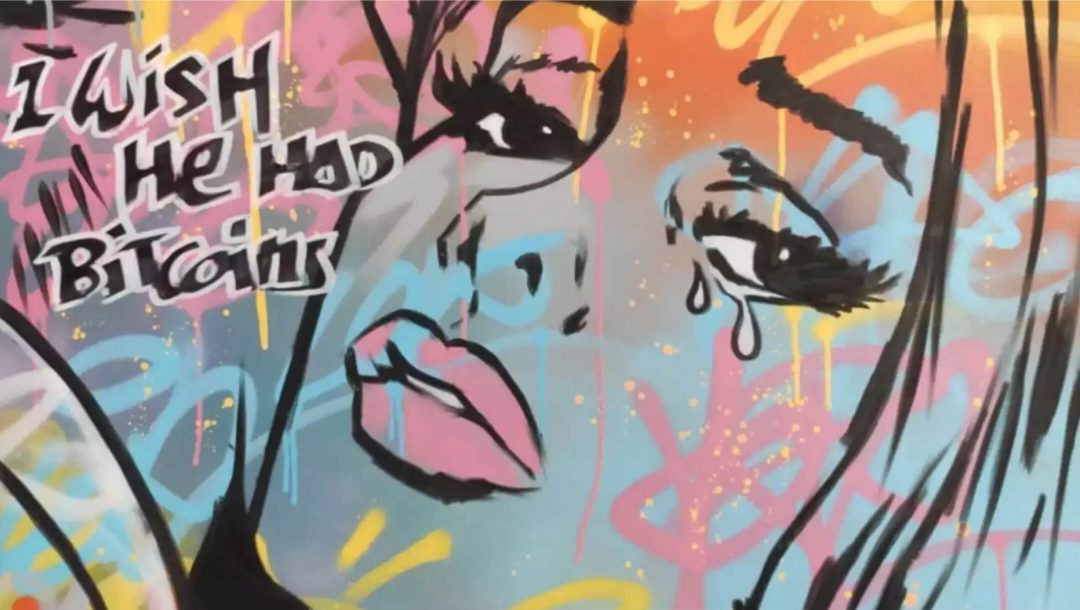 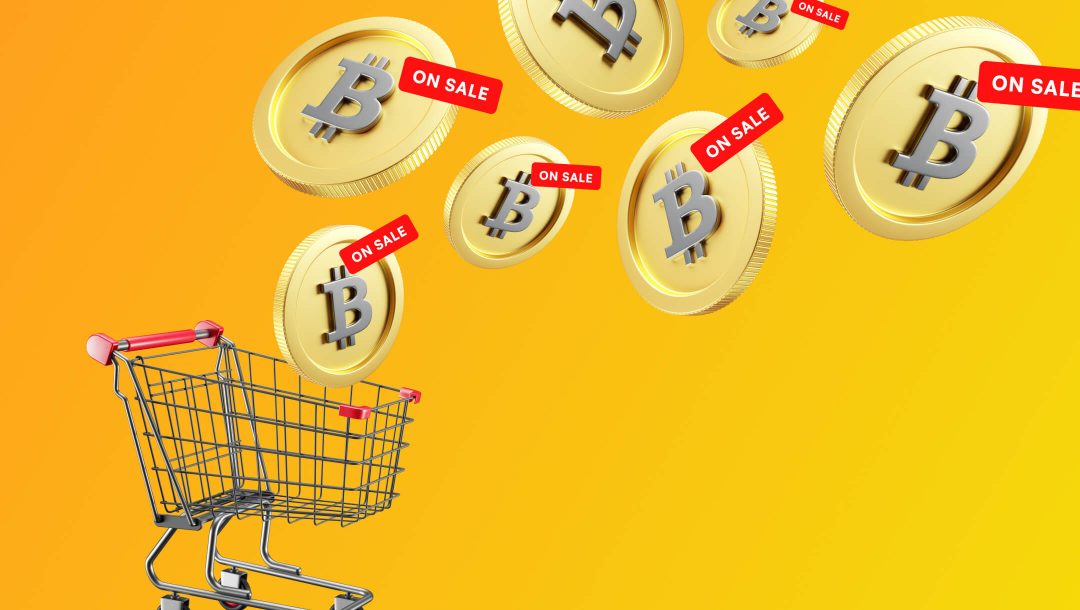 Start buying Bitcoin in under 90 seconds.