The faces may change, but, in the end, every single arm-chair critic of ₿itcoin comes up with the same old well worn criticisms about Bitcoin being old tech. Most have been debunked, over and over again. Yet, because such ‘FUDsters’ tend to possess only a superficial understanding of Bitcoin – having looked at it for about as long as it takes to mine a new block – they genuinely believe their criticisms are original and valid.

Dunning-Kruger says otherwise. Most of the time, such critics wouldn’t even understand the rebuttal they believe they deserve.

Why? Because understanding Bitcoin takes a little bit of work.

Only those Bitcoiners who have taken the time to truly study the technical complexities of the protocol are able to imagine actual and realistic tech-related risks to Bitcoin. These are ‘the “few” who have spent hundreds – if not thousands – of hours trying to understand the astonishing technology that is, Bitcoin.

As your understanding of Bitcoin improves, identifying potential weaknesses become more and more sophisticated. As a consequence, the refutations are much harder to imagine, although they remain, hidden under many more layers of nuance. After three years spent searching for weaknesses in Bitcoin, I have come up with many and managed to move past all of them (at least, to my own personal satisfaction).

In this piece, I will address 3 common technical criticisms of Bitcoin to help the beginner start their own journey exploring any meaningful technical flaws in Bitcoin. To, first, help them understand, and then to help fight the FUD that constantly barrages the network.

2. Bitcoin is too slow

“What if quantum computers are designed and then Bitcoin gets hacked? Bitcoin will be dead!”

The first part of this criticism – “what if quantum computers are designed?” – is a BIG “if”.

Experts in this sort of thing suggest that, in terms of scientific breakthroughs, we are orders of magnitude away from technically being able to create a general-purpose quantum computer (QC).

But let’s assume it was achieved. Then, the question becomes, “when?”. Let’s be outrageously generous and say within 10 years.

At that point, the adoption of Bitcoin would be much further along than it is now. Not to mention, you would have missed out on some very cheap sats while worrying about the possibility of quantum computers being invented.

There are two broad ways this could go:

The more dangerous scenario (1.) is less likely to occur as it goes against human nature, and the economics of progress. You need funding to keep work going, and you need many people working on it all at the same time, and in complete secrecy. In this scenario, say someone or some group has created a quantum computer, what are they most likely going to do with it? It is not just Bitcoin that can be exploited, but the whole world. Every institution, including governments, banks and other businesses which utilize encryption to operate their business activities is liable for exploitation.

In the long run, Bitcoin will be safe, even if attention is turned to Bitcoin with a secret quantum computer. Safe, in this instance, simply means that it won’t be stopped. The network would surely be hurt in some way in the short run. Yet, fundamentally, Bitcoin is code, and code can be changed, modified, and altered, as required, in order to resist new attacks from things like quantum computing.

With such an attack, the most important thing for Bitcoin is to preserve the ledger; the distribution of coins – i.e; who owns what? If this is disrupted going forward, it does not mean the historical record is destroyed. Bitcoin (the network) will need to be paused in order to be repaired so that it can resist quantum computers with a new algorithm. Once designed – however long it takes – the ledger would continue from the point in time just before it was disrupted. Don’t get me wrong, this is a huge nuisance. But, it doesn’t kill Bitcoin. It should also be considered just how unlikely it is for such events to even play out in this way.

The second scenario, where stepwise progress is made, allows Bitcoin developers plenty of time to improve the code of Bitcoin in order for there to be no disruption should an attack ever manifest. Right now, there are more important things to work on as far as Bitcoin is concerned. Yet, if there was any type of real threat, then developers attention would be diverted quickly as needed. This is the more likely of the two scenarios, but even this second scenario is still incredibly unlikely to occur.

What does a Quantum Computing attack potentially look like?

This puts peoples’ personal holdings at risk and allows them to be stolen. New methods resistant to quantum computers will need to be developed and used. Once released, people would need to move their coins to new, more secure, addresses. Lost coins, and even Satoshi’s coins, will all be up for grabs. This would (technically) increase the present supply of Bitcoin, which would hurt the price in the short to medium term… but, not kill Bitcoin.

With a quantum computer, it’s not just the security of private keys that’s at stake, but the actual mining of Bitcoin may also be disrupted. An attacker could, theoretically, overpower the network with a quantum computer, and either earn income (the threat of which incentivises others to adopt quantum computers for the same purpose), or simply damage and disrupt the Bitcoin network in some way. Thankfully, Bitcoin mining is competitive, and as computers increasingly become better, they can both be employed to either attack or defend Bitcoin.

However, the game theory inherent to Bitcoin’s design doesn’t change just because computers get better. We know this. Bitcoin used to be mined on personal computers, but then the technology improved and ASICS were invented (computers specifically designed to mine Bitcoin, which are much more efficient than regular computers). Did this kill Bitcoin? No. It made Bitcoin even harder to attack.

Enabling the free market to sort this out and allowing quantum computers to fight as honest players is indeed how the game theory predicts it will go. There is also the alternative to change the Proof-of-Work algorithm to resist the effects of quantum computing. The very last ‘nuclear’ option would be to move away from Proof-of-Work, which would prove very difficult and highly unlikely.

2. Bitcoin is Too Slow

“Bitcoin is too slow to buy a cup of coffee. No one can wait 10 minutes. It can’t ever be used as money. We need something faster like, [insert favourite shitcoin scam here]”

These days, when someone gives $100,000,000 USD to someone else, it’s usually done electronically. No physical value is being moved, initially. It appears as though it can be done instantly, but this is not the final settlement of the transaction. The balances of each bank are finally settled through the central bank, or with physical assets. For instance, the bank can hire an armoured truck with two security guards armed with guns, where they move $100,000,000 of cash or gold to another bank. To do this is expensive, and slow.

When someone buys coffee with a VISA card, the transaction happens immediately. No physical delivery happens. Just numbers recalculated on a central computer somewhere; someone’s bank owes someone else’s bank a few more dollars. That’s fine, it’s not a big risk. Who knows when re-balancing happens between VISA, the merchants and their respective banks? It doesn’t matter. The point is, it’s not occurring with each sale, but rather aggregated over time. And the eventual re-balancing requires an armoured truck. Again, it is slow and expensive.

A Bitcoin transaction is just as secure and as final as delivery with an armoured truck from one bank to another. In fact, it is even more secure. Especially if you wait around for 6 confirmations (which takes about an hour, usually).

So, the important thing is to compare like with like. A Bitcoin transaction takes 10 minutes or around an hour if you want more reassurance. In the banking system, it can take days. It is unreasonable to place the condition that Bitcoin final settlement must be as fast as VISA in order for Bitcoin to be considered a success. Contrary to popular FUD, Bitcoin is not slow at all.

Yeah, but what about small payments?

Again, compare like with like. A VISA payment takes seconds. It’s a layer two system on top of the base layer of the fiat money system. For Bitcoin, the layer two payment system is the Lightning Network. This is just as fast and even more secure than VISA. You don’t have to use it, but for small transactions and fast payments – like buying a beer or living in El Salvador – the Lightning Network works.

“If the whole world uses Bitcoin, then there isn’t enough room on the blockchain for everyone to use it. Seven transactions per second is not enough. [Insert favourite shitcoin scam here] is better because it scales.”

Looking at it like that, not even dollars can scale to satisfy today’s economic demands!

Bitcoin transactions can scale virtually limitlessly with the Lightning Network. The more people that use it, the greater it scales. In the same way that emails can be sent around the world without regard to scaling issues, payments on the Lightning Network will be virtually the same. In fact, Lightning actually scales many orders of magnitude more than VISA. This opens up new possibilities, such as streaming micropayments online, such as Podcasting 2.0, and many other exciting and inconceivable business opportunities.

Even scaling on-chain has improved somewhat since Segwit was activated in 2017. Large transactions, which include individual big payments, aggregates of many small payments, or the opening and closing of lightning channels, is actually more than sufficient at seven transactions per second.

I don’t know of how many armoured trucks per second can deposit cash or gold in to a bank’s vault, but I suspect it’s a little lower than seven.

Boom! That’s a TKO for three of the most common forms of FUD, regarding Bitcoin and technology. Parman wins. Bitcoin wins. You win. 💥 🥊

Download the Amber app, now, to start saving in ₿itcoin in less than 90 seconds. 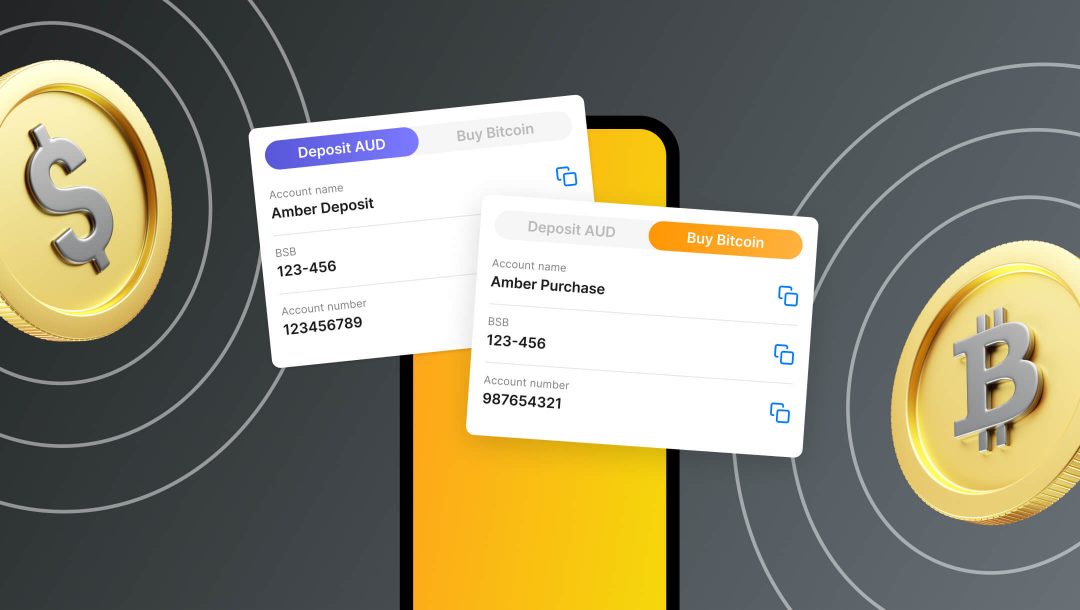 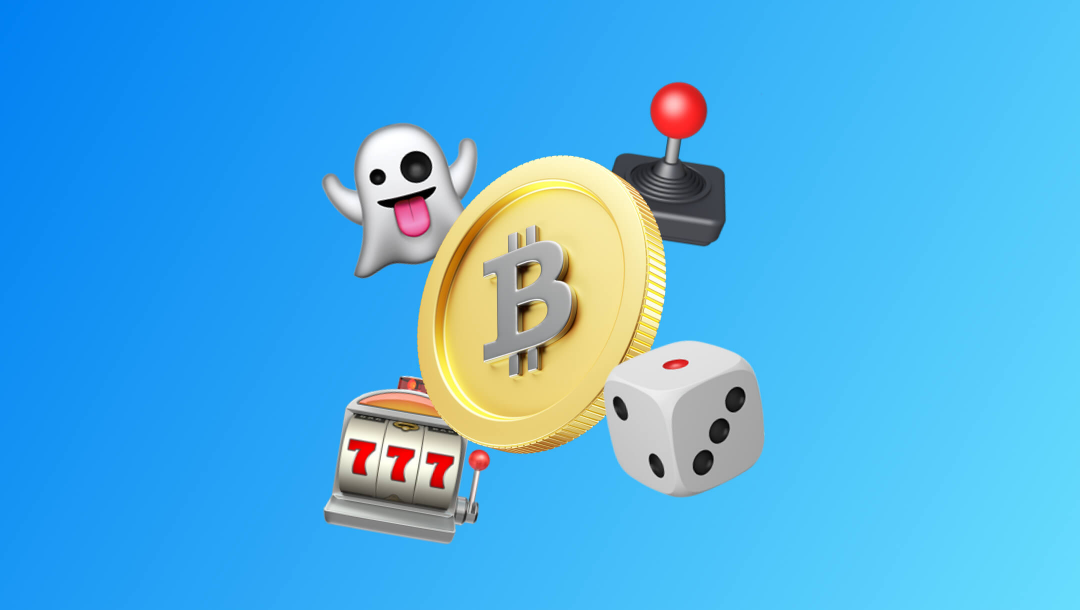 Bitcoin vs. 4 other investment assets: Which comes out on top? 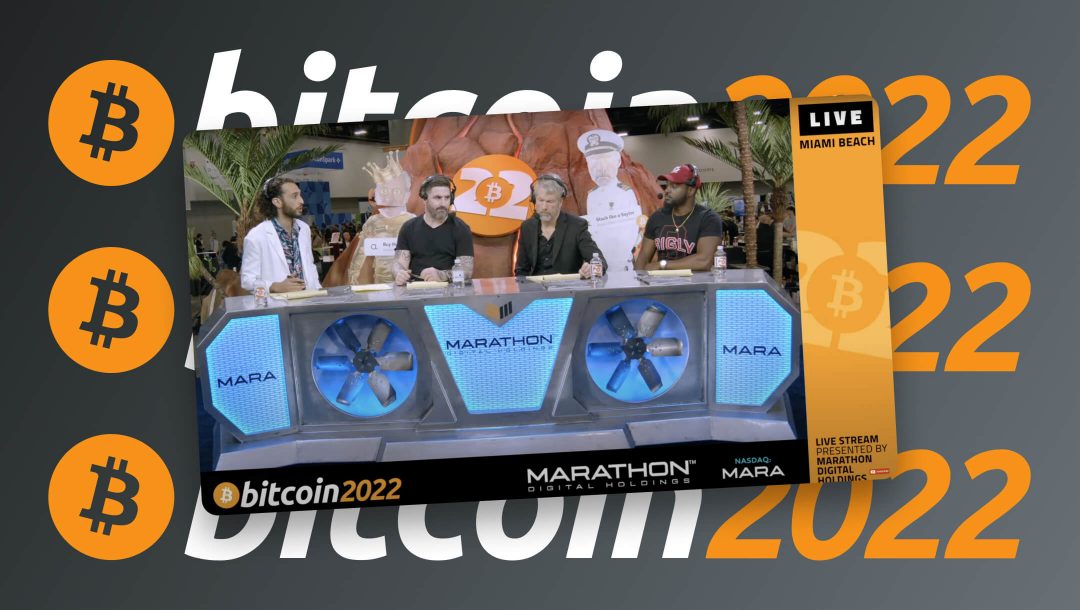