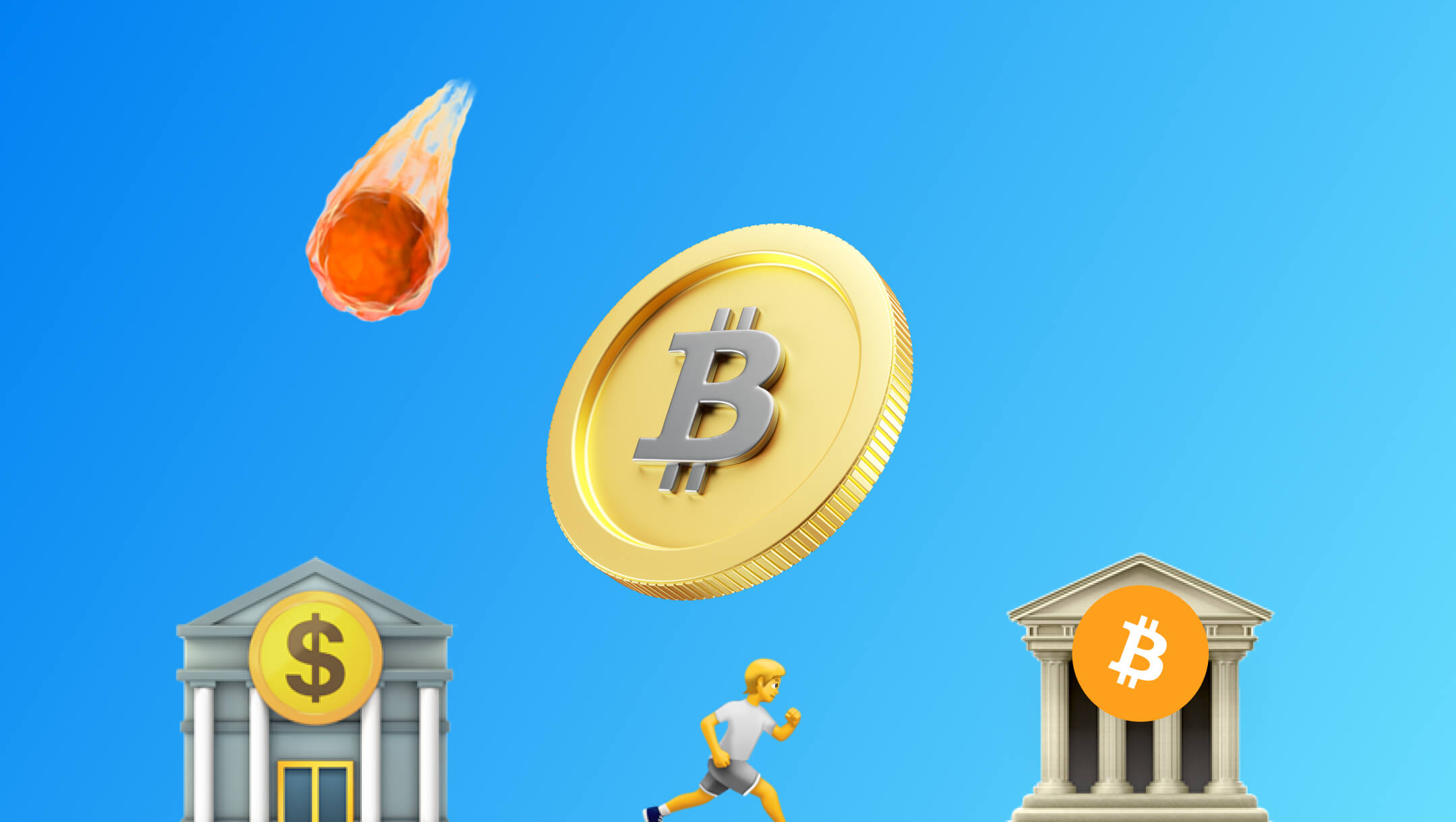 If you grew up in Australia, you may remember a little yellow banking book that introduced you to depositing, storing and managing your money from a young age. While it was a very effective marketing campaign, any positive impact on financial literacy across generations has been negligible. The lack of financial literacy across the general population, especially in Australia, is clear when you see how highly leveraged many households are and how unconsciously reliant we are on legacy banking and financial systems.

Australia, like many developed nations, loves debt. By the end of February this year, Australia’s household debt to income ratio averaged just under 200 per cent. With years of easy, cheap debt paving the way for people to buy property and accumulate material wealth, it seems like banks are an essential part of our finances. But, the debt-laden house of cards has to fall at some point. It’s worth thinking about what would happen if banks became irrelevant. What kind of world would we be living in? Just because something has been commonplace for centuries, it doesn’t mean it will continue to hum along in the same fashion for the next few centuries or more. Empires fall, and the end of our economic and financial systems as we know it could be possible in our lifetimes.

In this article, we explore if ₿itcoin could make banks irrelevant. Of course, it depends on how the world’s economic and financial systems develop over the coming years. There are scenarios where nimble, adaptive banks could make the moves to survive. However, legacy players — those who don’t change their offerings and business models — could very well become irrelevant.

Bitcoin is Über; legacy banking is the taxi 🚖

For businesses across most industries, “Überisation” has seen new players disrupt legacy systems, providing people with on-demand access to everything from transport to business finance. Similarly, neo-banks have disrupted traditional brick-and-mortar banking by providing customers with a fee-free online experience. While these modern banks differentiate themselves with offers such as purpose-built financing for SMEs, these are built on legacy systems where a centralised authority makes decisions that affect its entire network, including customers.

As peer-to-peer technology, Bitcoin would revolutionise the banking and financial system as we know it. On a Bitcoin standard, the need for central banks to decide the cash rate and keep employment and inflation at specified levels is reduced. Proponents of central banking cite the need for a central authority to keep prices and financial systems stable. However, the current state of the world (rapid inflation, historically high national and household debt, and the supposed solution of central bank digital currencies (CBDCs) with the scam that is Web3.0) suggests that those institutions that benefit from the current structures have played a pivotal role in creating an environment of increasing economic uncertainty and instability. After all, it’s happened before.

Those banking at the institutional level have benefited from the current economic environment, especially measures such as quantitive easing. Similarly, large multinational companies have enjoyed easy access to debt compared to SMEs. However, in small business and retail banking, customers face a range of issues from privacy and security to accessing finance for any purpose outside of over-leveraging for residential property purchases. Further, the 1.7 billion people worldwide who are unbanked experience barriers to accessing trade and finance, making earning money and growing wealth difficult.

Banking will fundamentally change in a world with CBDCs, and not for the better 🕵🏼‍♂️

In a world where people can access finance and trade without needing a third-party finance provider or payment gateway, banks could become irrelevant. Bitcoin provides an alternative avenue for people to accumulate, store and manage their wealth. This cannot be confused with or compared to other cryptocurrencies, especially CBDCs. If you haven’t heard of these already, CBDCs are the government’s and central bank’s answer to cryptocurrency. It’s essentially a country’s fiat currency in digital form. At least that’s what policy proposals around the world are purporting these digital currencies will be. As the name suggests, a CBDC would be issued by a country’s central bank. It could be token-based with access via private/public keys or account-based, where you will need to provide digital identification to access your account.

It’s worth questioning how one would receive CBDCs and what would need to be provided in return for this currency. It could become a form of Universal Basic Income (UBI), which is the antithesis of what Bitcoin is — namely; proof-of-work, agency and ownership in decision-making, sovereignty, and storing value for the long term.

CBDCs are another move that destroys the spark of life in people — the ability to discover their unique skills and gifts and develop these to deliver value to other people. In a world with CBDCs, retail banking could become obsolete. Institutional and business banking could adapt to the world of CBDCs, offering mechanisms to provide wholesale finance. In short, creating the same centralised authoritarian systems we have now, but on an more easily surveilled “blockchain” — how innovative. 👀

What truly has the potential to change the financial and economic system is a Bitcoin standard and for those banks that are nimble and adaptable to use their resources to support the development of parallel economic systems. Of course, the elephant in the room is how a bank can generate revenue without fractional reserve banking. If it’s no longer necessary either through a world with CBDCs (which would be a dark dystopian world) or on a Bitcoin standard, those banks that don’t adapt will become irrelevant.

The way you “grab cash” must change 💸

Roger Waters knew what he was talking about in Pink Floyd’s 1973 hit, Money,

‘Money, it’s a gas. Grab that cash with both hands and make a stash.’

About 50 years ago, you could create a comfortable financial future for you and your family with a stable job or small business, some prudent investing, and long-term savings. Your purchasing power wasn’t being eroded by inflation, and the world was yet to spiral into a growth at all costs mentality (more cowbell!). On the surface, this mentality may make people feel like they’re progressing. The reality, however, is that the world has become a false economy, fuelling reckless debt and spending all under the guise of “getting ahead”.

An inflation rate of 7 per cent will halve your purchasing power in ten years. There’s no incentive to keep your cash in a savings account for people with a low time preference who value saving for a secure and free financial future. While buying gold or silver as an inflation hedge and store of value may help, there are several complications associated with buying precious metals, including physically storing the materials and later selling your holdings for fiat currency, or goods and services if and when it’s necessary.

In a world where effective stores of value are becoming increasingly scarce, and so-called democratic governments wield their power to freeze bank accounts based on your beliefs and personal affiliations, Bitcoin is essential. It provides a secure store of value and allows you to become your own bank and have sovereignty over your money again.

Be your own bank with Bitcoin 🔶

On a Bitcoin standard, true price and value discovery would occur. While Bitcoin is currently a store of value for most hodlers, it’s important to become your own bank in the meantime. It allows you to store your wealth in an appreciating asset and provides sound contingency in a world of growing uncertainty and increasing surveillance.

Banks may not become totally irrelevant as more people become familiar with Bitcoin and its benefits, but they will need to evolve, adapt, or die if they don’t. While no one knows with 100% certainty how and when further developments in our economic and financial systems will unfold, being proactive and prepared is critical. Bitcoin will get you there, whether you’re looking for an inflation hedge or you’re thinking of moving your business and personal finances to a Bitcoin standard now.

–
Do you want to learn more about how you can become your own bank with ₿itcoin? Amber makes it easy for you to start sacking sats in minutes. Check out our Guide to Investing with Bitcoin and Bitcoin glossary. And if you’re ready to get started, download Amber to make your first Bitcoin purchase in under 90 seconds. 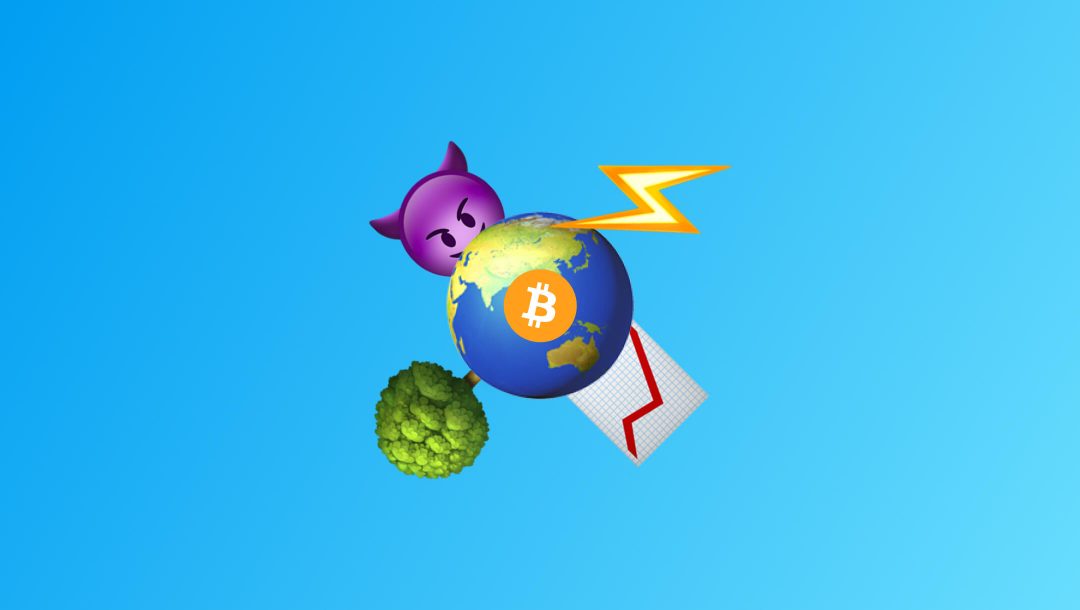 ESG is the devil